An Ohio lawmaker who routinely touted his Christian faith and anti-LGBT views has resigned after being caught having sex with a man in his office.

Wes Goodman, who is the Republican state legislator for Ohio, is married to a woman who is assistant director of an annual anti-abortion rally known as March for Life.

The right-wing legislator, who pushed “family values”, was reportedly witnessed having sex with a man inside his office who was not employed by the legislator.

According to the Columbus Dispatch, the observer told Ohio House Chief of Staff Mike Dittoe what had happened on Tuesday afternoon. Mr Dittoe responded by telling House Speaker Republican Cliff Rosenberger who in turn met with Mr Goodman.

The 33-year-old, who has been branded the “conscience of the conservative movement”, resigned for “inappropriate conduct” shortly after the meeting took place.

Mr Goodman, whose Twitter biography describes him as “Christian. American. Conservative. Republican. Husband to @Beth1027”, has regularly claimed "natural marriage" occurs between a man and a woman.

"Healthy, vibrant, thriving, values-driven families are the source of Ohio's proud history and the key to Ohio's future greatness,” reads his campaign website which has now been taken offline.

“The ideals of a loving father and mother, a committed natural marriage, and a caring community are well worth pursuing and protecting."

Mr Goodman was elected to represent the 87th District, in north-central Ohio, just last year. Prior to that, he worked as an aide to US Representative Jim Jordan, a highly conservative, anti-LGBT Republican.

The Human Rights Campaign, the largest LGBT advocacy group in the US, named Mr Jordan in their Hall of Shame in 2014 for attempting to block marriage equality in the District of Columbia.

Mr Goodman, whose Twitter is now private and whose Facebook page has been taken offline, expressed his commitment to so-called family values in a statement back in 2013. “Faith, family, service, stewardship, strong education, and investment in our local communities are what Ohioans value. My wife Bethany and I value those same things and are ready to get to work to serve you," he said.

The lawmaker acknowledged he was stepping down in a statement. “We all bring our own struggles and our own trials into public life," he said.

"That has been true for me, and I sincerely regret that my actions and choices have kept me from serving my constituents and our state in a way that reflects the best ideals of public service," he continued. "For those whom I have let down, I’m sorry. As I move onto the next chapter of my life, I sincerely ask for privacy for myself, my family, and my friends.” 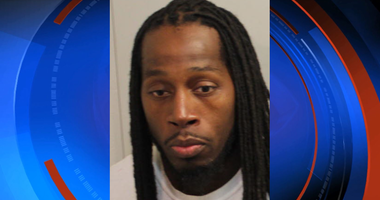 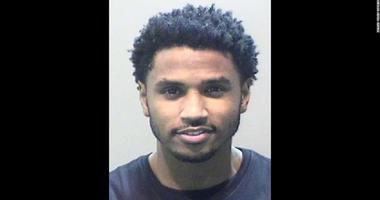 LOL Smiley Face: Why Trey Songz Gotta Look So Fine In His Mugshot Tho?